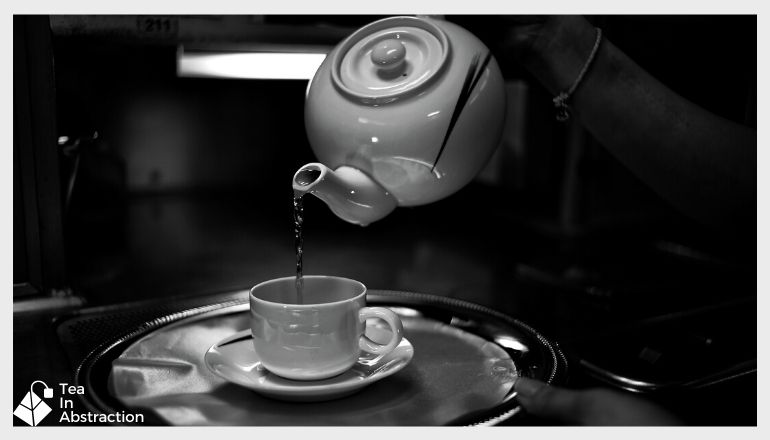 Hell Everybody. Welcome back. Today I want to take a look at a very interesting herbal tea known as alfalfa tea. It is a relatively unknown herbal tea outside of the general tea-drinking world. So let’s start at the beginning.

What Is Alfalfa Leaf Tea? Alfalfa tea is an herbal infusion created by steeping alfalfa leaves in hot water. This results in what is known as a tisane. While alfalfa tea is referred to as tea it is not a true tea because it does not come from the Camellia sinensis plant.

If you are just here looking for a good alfalfa tea to try I recommend Buddha Teas Organic Alfalfa Leaf Tea(*affiliate link).

For everyone else lets jump right into the bulk of our article and see if alfalfa tea is something you want to add to your tea drinking repertoire.

Make Yourself A Quick Cup Of Alfalfa Tea

Making a good cup of alfalfa tea is pretty straight forward. Alfalfa is resilient and pretty hardy so it will be tough to burn it with water that is too hot or over steep it.

The overall taste of alfalfa tea will differ depending on a few factors. The type of water you use will affect the taste as will the quality and amount of alfalfa leaf or alfalfa teabags that you use. And of course, everyone tastes things slightly differently.

So use this as a general guide to what it should taste like under normal circumstances. You can also check out our more in-depth look at alfalfa teas’ taste right here.

Alfalfa tea has a vegetable or grassy flavor with an bit of earthiness at its base. It is not a tea that is going to light a fire in your mouth like a spicy ginger tea or something along those lines.

Alfalfa tea is what I would describe as a mild soothing herbal tea. It is not overly bitter and it is quite refreshing. But it probably won’t wow you either.

It blends with other herbal teas pretty well, although stronger flavors tend to overwhelm it because it is so mild. But with the right balance, its qualities will shine through in most herbal infusions.

The Aroma Of Alfalfa Tea

Much like the flavor of alfalfa Leaf teas aroma is very mild and quite subtle. The same grassy or vegetable flavor makes up the bulk of the aroma of this tea. It’s a quite Pleasant and refreshing aroma somewhat like a damp spring morning.

Like most herbal teas alfalfa leaf tea has a lot going for it when it comes to the benefits of drinking it. While it is not as renowned as green tea for its health benefits it does stack up quite well with just about every other herbal tea out there.

Here are a few of the great benefits that you can get from drinking a cup of alfalfa tea.

Side Effects Of Alfalfa Tea

On its own alfalfa tea and alfalfa leaf is pretty safe to ingest. If you have alergies to this plant or any relative species it should probably be avoided and always check with your doctor before drinking alfalfa tea.

Alfalfa also has some negative interaction with some drugs(source), so be sure to double-check with your doctor if you think you might have a conflict.

So many questions so little time. These are just a selection of questions about alfalfa leaf tea specifically and herbal teas in general. Hopefully, they give you a bit more insight into this wonderful herbal tea.

Alfalfa leaf tea will expire just like any other tea. How long that takes depends on a variety of factors. If it gets damp or is stored in a hot environment it will go bad quicker. Store your alfalfa tea in a cool dry place as you would any other herbal or true tea.

I find tea tins or resealable bags are the best way to store the tea. Most loose leaf alfalfa teas come in one or the other and should last quite a while.

My recommendation for a great tea tin is the ZentealifeCom Japanese Tea Canister(*affiliate link), available on Amazon.

Does Alfalfa Tea Have Calories?

Alfalfa Leaf Tea is calories free. This makes it a great option for anyone who wants to cut calories by removing high-calorie drinks from heir diet and replacing them with no-calorie options. It is a good way to reduce your overall caloric intake.

Is Alfalfa Tea Ok For Fasting?

Alfalfa Tea is a great option for anyone practicing intermittent fasting. Because it has negligible calories it can be consumed during your fasting window.

Water should be the bulk of your hydration during a fasting window but replacing water with an occasional cup of alfalfa tea or another herbal tea is a great idea.

Alfalfa Leaf Tea has a negligible amount of sugar and carbohydrates. Meaning there may be trace amounts but not enough to even be listed on a nutritional label. This makes alfalfa tea a great option for anyone on a low carb diet like South Beach or Atkins.

In addition to low-carb diets, alfalfa tea is a good option for extremely low carb diets such as a Ketogenic diet. It makes a great replacement for water on occasion for anyone who is practicing a keto diet.

You can also add butter or oils to it and turn it into a type of bulletproof tea without the caffeine in regular black tea that is often used for this butter tea.

Does Alfalfa Tea Have Caffeine?

Alfalfa tea is naturally caffeine-free. As long as you do not blend it with a tea that contains caffeine you can avoid some of the negative effects of caffeine like the jitters or issues with sleep. However, you will also miss out on some of the benefits of caffeine.

Will Alfalfa Tea Keep You Awake?

This question dovetails nicely from the previous one. Typically it is the caffeine in regular teas, like green tea or black tea that keeps you awake or messes with your sleep rhythms. As mentioned Alfalfa tea is caffeine-free so it should not affect your sleep, as a general rule.

Alfalfa leaf tea is popular enough that there are a couple of options for buying it in a packaged teabag, which is not always the case with many herbal infusions.

Where To Buy Loose-Leaf Alfalfa Tea

There are many more options to buy alfalfa leaf tea in its loose-leaf form. It is a little bit less convenient than bagged versions but it is just as flavorful. In fact, I find both loose leaf and bagged recommendations to about the same quality.

I find that Starwest Botanicals Organic Alfalfa Leaf Tea(*affiliate link), available on Amazon, is among the best out there and the one I typically choose.

Which Alfalfa Leaf Tea Is Best?

This is always a personal choice and I would recommend either of the previous alfalfa teas as they are fantastic examples of this herbal infusion. If I had to pick one I would choose the Buddha Teas Organic Alfalfa Leaf Tea(*affiliate link) for its wonderful taste and its convenience.

When To Drink Alfalfa Tea?

There is no set time to drink alfalfa tea. I think it makes the most sense as a mid afternoon or evening tea or as a lunch time tea.

The flavor is pretty delicate so it’s not something that is going to wake you up like a lemon ginger tea and it has no caffeine like a nice green tea so it might not be the best option in the morning.

It is a good bedtime tea because of its lack of caffeine but chamomile and lavender teas are most popular late at night, so there is a bit of competition there.

While some teas to indeed stain teeth after continued use I was unable to find anything that ties alfalfa tea directly to staining teeth. My guess is that not enough information exists to say one way or the other. A normal oral health regime will probably be sufficient.

That brings us to the end of our look at Alfalfa leaf tea.  This is one of the lesser-known herbal infusions but it is starting to gain a little bit of mainstream adoption. You can see that in the fact that some mainstream tea companies have started to make a pure Alfalfa tea.

This is a good sign that people are starting to take notice of this herbal infusion and starting to reap the benefits of it.   I think one of those things that Alfalfa tea really has going for it is that it is very inoffensive.

That’s where a nice cup of alfalfa leaf tea can fill the void. It can give you all the benefits of a good herbal tea with a very mild and subtle grassy flavor that is very drinkable.

Thank you for stopping by and have a wonderful day.