I love Rosemary.  It is one of my favorite spices to cook with. It’s versatile and delicious and good for you and has one of the best smells of any spice around. But did you know you can turn it into an herbal infusion? Not only does it make a great spice to put on your chicken it makes one of the best herbal teas around. So let’s dig into this interesting little spice and answer the question…

What Does Tea Taste Like? Rosemary Tea It’s an amazing herbal tea that has a very savory pine flavor with a slightly minty finish. Rosemary Tea is incredibly smooth to drink and almost never bitter no matter how long you steep it.

Looking For Your Next Favorite Tea? Check Out The Great Teas, Blends, and Herbal Infusions at the Art Of Tea. They have teas for every taste and occasion.

The Flavor Profile Of Rosemary Tea

I used Buddha Teas Organic Rosemary Tea as the basis for this article. I would say that rosemary tea has a somewhat complex flavor profile. Certainly not the most complex in the herbal tea Kingdom. But it does have some interesting attributes that really come through when you steep it into a tea. Let’s have a look at the individual flavors.

Rosemary Tea Is A Bit Savory

The first thing I think that you’ll notice about rosemary tea is that it has a very Savory taste to it. It’s not salty but it tastes almost like a soup instead of a tea. It certainly doesn’t taste like what you expect an herbal tea to taste like. Especially if you’re used to drinking herbal flower teas like chamomile or lavender then this is going to be a really big departure from those types of herbal teas.

Basically, you need to rethink what your expectations are for an herbal tea when you start delving into these cooking spices and using them as the basis for your herbal infusions. I find that these are incredible and the savoriness of rosemary tea is a welcome departure from the norm.

Rosemary Tea Has A Pine Flavor

The other flavor know that you’re really going to notice is the Evergreen almost Pine flavor that Rosemary has. I bristle a little bit when I hear people describe it as Pine but there’s really no other way I can think of to describe the flavor of the Rosemary.

There’s certainly an outdoor flavor to it. It’s just incredibly tough to describe. When I think of pine I think of the large pine trees in the southeastern United States that had this really pungent almost sticky Aroma to them. I think a slight Pine flavor might be adequate to describe the taste of rosemary tea but I think the savoriness of it is really the distinguishing factor for this wonderful herbal infusion.

There Is A Slight Mintiness To Rosemary Tea

I think the final real flavor that stands out with a nice cup of rosemary tea is it there is a slightly minty finish after you take a sip. Minty is always a difficult term to Define because when we think of meant we think of the candy type of mints instead of actual plant type mintiness.

I would describe the mintiness in rosemary tea as more of a peppery little kick as you finish off your sip of this fantastic herbal tea. One of the most difficult things about describing the taste of something like rosemary tea is trying to get through the preconceived notion of what certain flavors taste like.

And mintiness is definitely one of those flavors. Even in something like peppermint tea, there’s very little of what we traditionally call a minty flavor. It is more of a pepper spicy type of flavor.

The same is true for the rosemary tea it’s more of a peppery minty finish as opposed to something like adding mint leaves to your iced tea and getting that great summertime mint flavor. They’re just two different flavors that unfortunately have the same descriptive language to them.

The last thing I want to talk about in the flavor profile of rosemary tea is that it is one of the smoothest cups of tea that you are ever going to drink. I mentioned earlier there’s a bit of a sue penis about the Tea because of the savoriness and the pine flavor and that really comes across in how smooth is herbal infusion really is.

It is almost impossible to craft a bitter cup of rosemary tea. Typically when you steep a tea for too long it becomes more and more bitter the longer you go. That’s just not the case with rosemary tea oh, I’m sure that if you steep that long enough it would become bitter at some point but I have never reached that point.

And I like to steep My Rosemary tea for about 7 to 10 minutes to really draw about the oils in the flavors and everything else that’s great about this herbal infusion. So if I were introducing someone to herbal teas for the first time, rosemary tea would definitely be high on my list because it is so drinkable and it is so friendly to anyone who’s not used to drinking a lot to say.

A lot of the herbal flower teas can be very bitter if over steep or they have an earthy undertone or they have a little bit of an aftertaste at the end. But rosemary tea is just a smooth wonderful drink from beginning to end.

The Aroma Of Rosemary Tea

On occasion, the smell of the tea really betrays what the tea actually tastes like. You can get a wonderful floral Aroma of a tea and then when you go to taste it there’s almost no floral flavor to it.

But that is not the case with rosemary tea.  It tastes almost exactly as it smells. The smell of the Rosemary is fragrant and absolutely fantastic. The “pine” taste that really forms the basis of the flavor of rosemary tea is front and center in the wonderful aroma of this incredible herb.

For anyone who’s done any cooking with rosemary, you know that that smell can permeate the entire household with just a wonderful refreshing Aroma that really can’t be replicated by any other type of spice. It is an incredibly invigorating Aroma and when you go to take that first sip of your rosemary tea and you draw in that incredible smell it really sets the table for what is going to be a fantastic experience drinking your cup of tea.

It wakes you up and makes you more alert it makes everything about drinking that cup of tea that much more satisfying because you had the smell of that wonderful Rosemary wash over you before you took that first sip.

The smell of rosemary and the taste of Rosemary make it one of my favorite spices. I use any excuse I can to add it to whatever I am cooking and once I started making a tea out of it I was hooked. It is an absolutely fantastic herbal infusion that I urge everyone to try.

How To Make Rosemary Tea

To make this rosemary herbal tea, you need to fill your kettle with water and bring it to a boil. Add 2-3 tablespoons of dried rosemary leaves to your favorite mug or teapot and pour boiling water over them. Let steep for 3-5 minutes before serving. It is really that simple. I have tried it with both fresh and dried rosemary and the resulting tea has been fantastic with both.

That brings us to the end of our look at the flavor profile of rosemary tea.  This is not an overly complex flavor. It’s pretty basic. Savory, a little bit Piney, with a touch of mint in there. And that’s about it.  but all that does is prove that you don’t need to be incredibly complex to be fantastic as a tea.  Because this is one of the best herbal infusions that I personally I’ve ever had and I think that most people out there will love it as well.

It may seem Odd as an herbal infusion. This is, after all, a cooking spice for the most part. But a lot of these cooking spices are starting to be turned into these herbal infusions. And you can find them boxed and ready to go in stores and online. Using fresh Rosemary is a great way to make a cup of this tea but I found it using a bag of rosemary tea is just as good. It’s just really hard to mess up rosemary tea.

There are still rules you have to follow, of course, using the right water and everything else still plays a part in the overall flavor of the tea. But this is a great tea for people who aren’t typical tea drinkers. It’s a wonderful tea for people who know exactly what they want in their herbal infusions. This little evergreen shrub is a superstar in the making. Give it a try.

Thanks for stopping by and have a wonderful day. 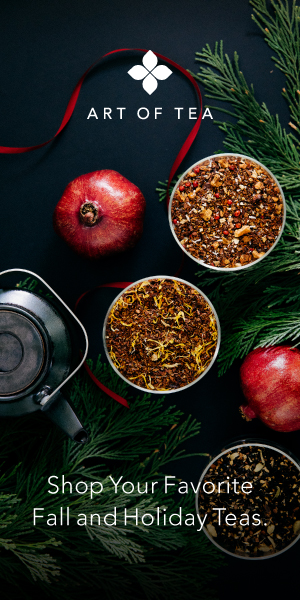